The third season of Gossip Girl is continuing to film in New York city at the moment and over the past couple of days Leighton Meester, Blake Lively and Penn Badgley have been earning their wages on set! Blake showed off a couple of Serena's outfits, one bright coral top and one darker dress, while Leighton wore her casual outfit — cropped leggings and flip flops — for a read through and changed into her yellow number as they filmed. It looks like they're working on the episode Leighton was filming with gorgeous Ed Westwick last week! 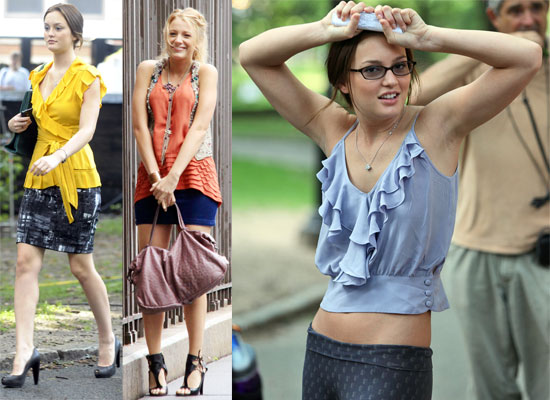 To see more photos of Blake and Leighton, plus a glimpse at Penn, just read more.