A whole host of British acting talent attended the British Independent Film Awards at The Brewery in London last night. Newly engaged couple Aaron Johnson and Sam Taylor-Wood walked the red carpet alongside hot new couple Jamie Campbell Bower and Bonnie Wright, who also made a public appearance together at the previous weekend's Children's BAFTAs. Bonnie's Harry Potter costar Rupert Grint also attended the starry ceremony. FabUK has the lowdown on the red carpet style: be sure to vote to let her know who's best dressed. 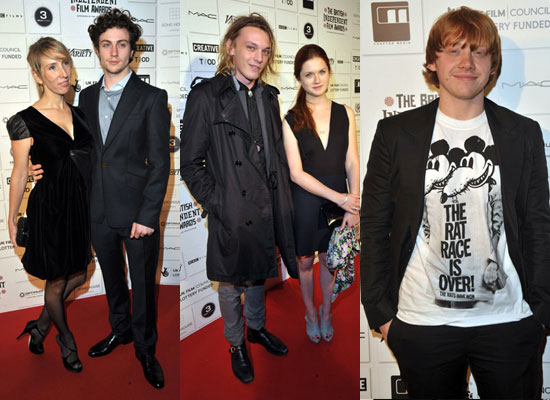 Winners on the night included Best Supporting Actress Anne-Marie Duff for Nowhere Boy, as well as Best Actress Carey Mulligan for An Education and Most Promising Newcomer Katie Jarvis for Fish Tank: both young actresses are battling it out to be named Best British Actress of 2009 in my poll. Sir Michael Caine was honoured with the Variety Award, and said he was "amazed" by the talent of the nominees. Check out the full list of winners after the jump. 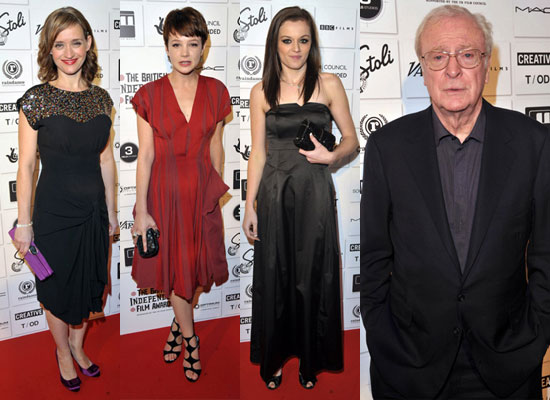 To see the full list of winners, plus more pictures of the attendees including Gemma Arterton, Hayley Atwell, Harry Treadway, Rosamund Pike, Eva Green and many more, just read more.

BEST ACHIEVEMENT IN PRODUCTION
Bunny and the Bull

BEST FOREIGN FILM
Let the Right One In