Kylie Minogue popped out to do some shopping at Chanel yesterday in Paris looking cute and casual in her adorable outfit. After a lot of speculation she was finally announced as Brit Awards host alongside those lovely Gavin and Stacey boys Mathew Horne and James Corden, and with the official launch of the awards happening tonight you'll have your chance to vote for the Best Single, Best Live Act and Best Breakthrough from the acts from the minute the nominations are announced. Will you be voting for the awards this year? 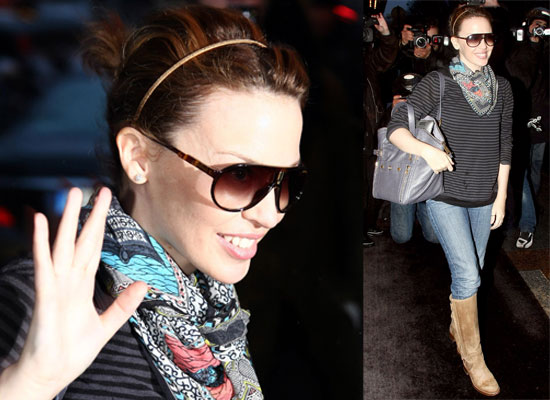