Britney Spears has been staying in a London hotel over the last week, performing the British leg of her Circus tour along with her huge crew of dancers. A few days ago she was granted a temporary court order for more time with her children until the end of August, and this weekend she stepped out in London's Hyde Park with Jayden James and Sean Preston in their buggies. The 50/50 split of custody between Britney and Kevin Federline — who is also travelling with the tour group and their children — will go back into effect once her tour is over. 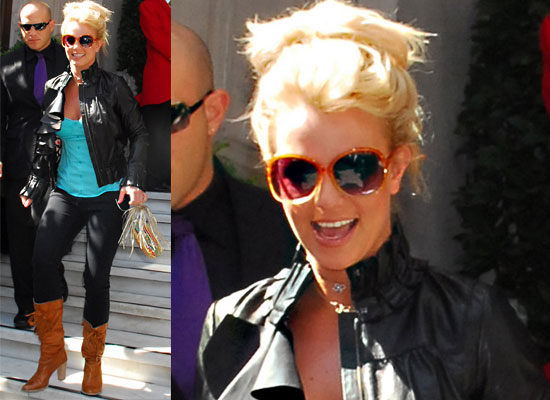 Entertainment News
Britney Spears Just Shared a Rare Picture of Her Family, and Her Caption Is the Sweetest
by Navi Ahluwalia 02/3