Carey Mulligan posed with costar Johnny Simmons at the premiere of The Greatest at the Linwood Dunn Theatre in Los Angeles last night: check out the trailer and let me know whether you'll see it or skip it. Carey's other costar in the film Aaron Johnson was busy at the Manchester premiere of Kick-Ass, but Pierce Brosnan (who plays Aaron's Dad) was in attendance, as was Tobey Maguire. Carey's been linked to several big projects recently, with Emma Thompson saying Carey "is set to play" Eliza Doolittle in the remake of My Fair Lady, possibly alongside Hugh Grant: check out my other options for Eliza. It is also rumoured Carey will star in an English remake of The Girl With The Dragon Tattoo. Carey responded to the rumours and while she didn't make any confirmations, she sounds keen to do both films. 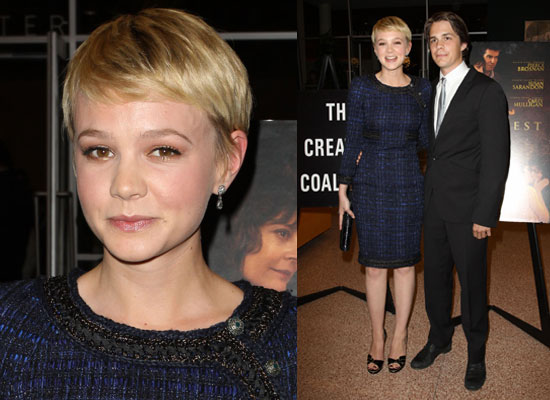 To see more pictures of Carey, Pierce and the rest of the gang, just read more.