Carey Mulligan wore shades as she strolled in Los Angeles, while back here in London she was named Best Actress and Rising Star for An Education at the Richard Attenborough Film Awards. They're voted for by regional journalists and typically provide an indication for what will happen at next month's BAFTAs, where Carey is also nominated in the same categories, and up against tough competition for Rising Star. We'll get to see Carey in several movies, some rumoured, and the trailer for her film with Shia LaBeouf Wall Street: Money Never Sleeps (due out in the UK on 23 April) has just been released: check it out after the jump. 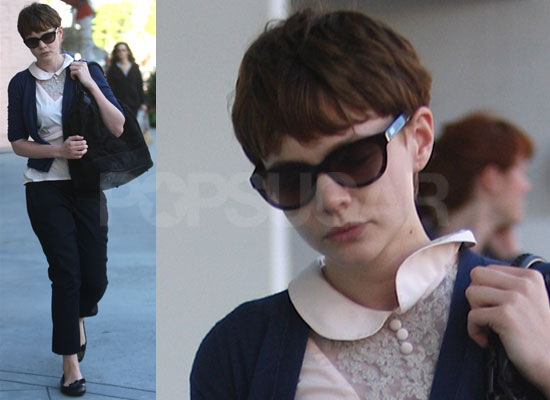