There were after parties all across London following the Brit Awards last night, with a seemingly neverending line of stars pouring in to each of them! War Child held a post Brits show at Shepherd's Bush Empire that attracted Cat Deeley, Gemma Arterton and Noel Gallagher, while Noel Fielding, Calvin Harris and La Roux were among those who took to the stage to entertain the crowd. 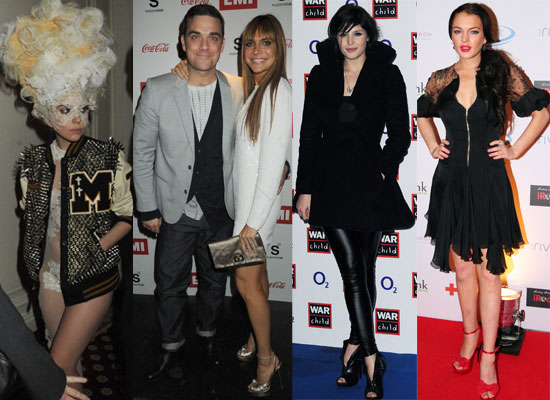 Lindsay Lohan hosted a Haiti benefit that attracted some famous faces, while the big record companies held their own bashes too. Robbie Williams and fiancee Ayda Field cuddled up at the EMI party, and Geri Halliwell, Fearne Cotton and James Corden also attended. Lily Allen celebrated her successful night at the Universal party, Lady GaGa put on a jacket over her barely there costume and attended, Sugababes Amelle Berrabah and Jade Ewen hung out with N-Dubz singer Tulisa Contostavlos, and Girls Aloud's Nicola Roberts and Kimberley Walsh showed up looking stunning in their cute dresses. What a fun night! 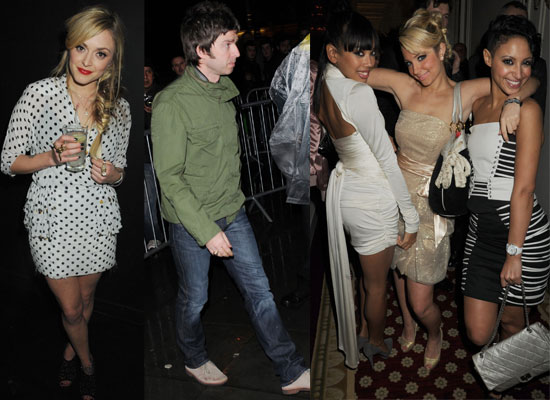 To see many more photos from inside and outside the Brits after parties, just read more.