Kristen Stewart wasn't the only celeb spotted in Indio, California on day three of the Coachella Festival — Alexa Chung and Alex Turner were spotted on site, Katy Perry and Dita von Teese caught up over a drink and Lindsay Lohan joined the festivities too! Alexa and Alex weren't the only loved up couple, as Kelly Osbourne, Anne Hathaway, Pixie Geldof and Jason Statham spent time with their other halves. Michelle Rodriguez, Eli Roth, Matt Smith, Daisy Lowe, Florence Welch, Kate Hudson, Agyness Deyn and Abbie Cornish were all also spotted enjoying music in the sunshine. So jealous! 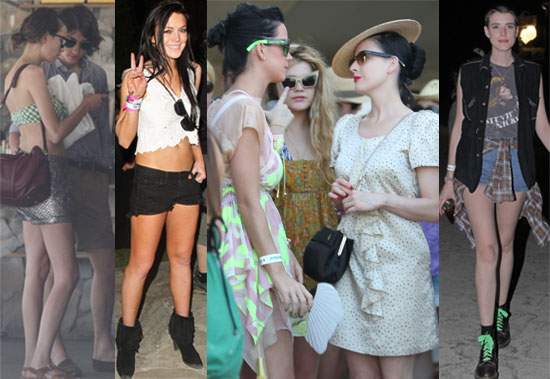 Check out Day One and Day Two too!