Celebs showed up by the handful for the Tommy Hilfiger show that closed New York Fashion Week yesterday, including January Jones, Rosario Dawson, Katherine McPhee, Penn Badgley and Emily Blunt — who's newly engaged to actor John Krasinski! Mary Louise Parker looked cute in checks, while Sarah Ferguson showed up in a bright blue dress and chatted to Emily before the show. Also present was Alicia Keys who wore sunglasses, Naomi Watts in a gorgeous white dress and woman of the moment Taylor Swift, who has come out of her moment at the MTV VMAs with a lot of support, including that of President Obama! 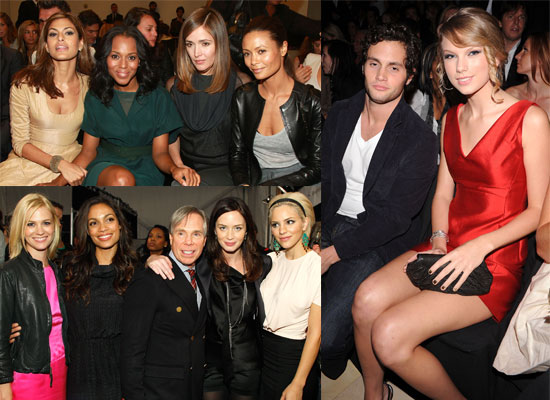 London Fashion Week kicked off today, so stay tuned for all the gossip from the front rows closer to home!