The GLAAD Media Awards took place on Saturday in Los Angeles, where Drew Barrymore was honoured for efforts to increase visibility and understanding of the gay community, receiving the Vanguard Award. She said, "The thing that means the most to me about an evening like this, and why I want to fight and be outspoken about this is because there are so many people who are in desperate need of families." Glee also took home an award, and Jane Lynch, Chris Colfer, Dianna Agron, Mark Salling and Cory Monteith were among the castmembers who attended. Other celebs at the glam event included Jason Lewis, Benjamin Bratt, Adam Lambert, Sofia Vergara, Wilson Cruz, Candis Cayne and Eric Dane! 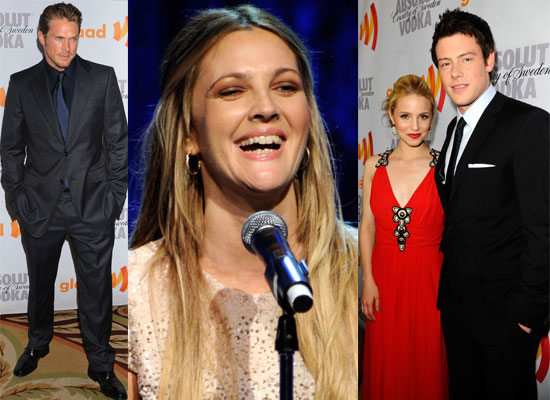