The Elle Style Awards attracted lots of celebrities last night, but during the day the London Fashion Week shows continued, with many familiar faces in the front rows. Tilda Swinton, Courtney Love, Peaches Geldof and Janet Jackson were among those that attended the Pringle of Scotland show at the Serpentine, while redheads Paloma Faith and Nicola Roberts attended the Ashish show. Mollie King, Vanessa White, Rochelle Wiseman and Frankie Sandford of The Saturdays watched the models at Jaeger London, along with Rachel Stevens, and Peaches. Erin O'Connor and Laura Bailey were also among those at the shows that headed to the awards in the evening! 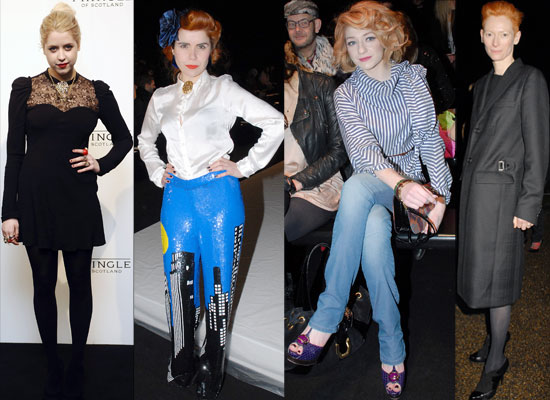 To see more photos of the stars spotted at the shows yesterday, just read more.