After sitting front row during New York Fashion Week, Chace Crawford was back to filming scenes for Gossip Girl yesterday. So was his costar Leighton Meester, who brought a pop of colour to the cold streets of NYC in her yellow coat but covered up and warmed her hands on a hot drink between takes! The show's been on a break from airing on ITV2, but the stars have kept filming and we'll get to see the fruits of their labour when it returns to our screens in March: Buzz has lowdown on what's coming up and you can check out a preview video after the jump. The show has been picked up for another season in the States, and here in the UK we can dress like our favourite characters thanks to the upcoming Miss Selfridge collection. 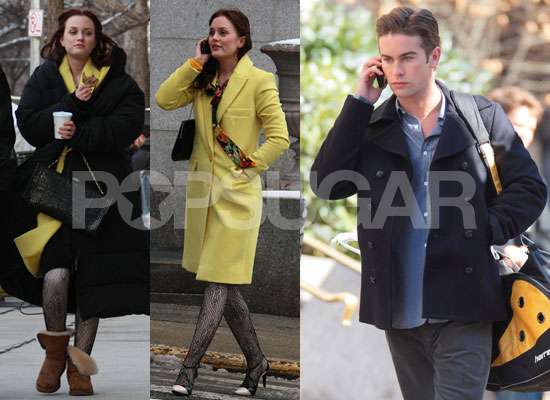 To watch a preview of the second half of series three, just read more.