Chace Crawford looked hot in his black shirt and suit as he made his way from the May Fair Hotel to his interview on This Morning yesterday, where he chatted about filming sex scenes with his Gossip Girl costars. He changed into a casual outfit of a cap and jeans later in the day, as he continued to sign autographs and meet all the fans who are making the most of him being in London. During his stay, he's Grazia's guest editor and he revealed he also likes to see women in jeans and a t shirt, as well as giving his opinions on perfumes. 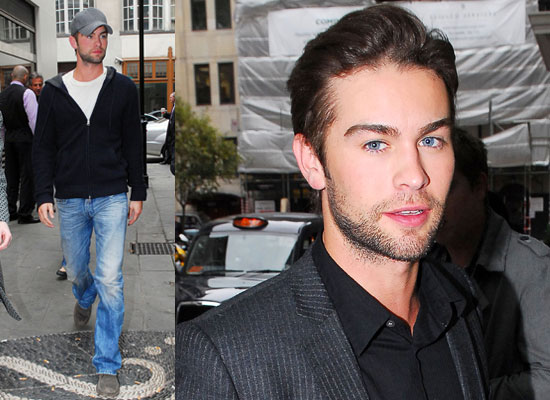