Chace Crawford enjoyed a night out in London last night, looking gorgeous in a tweed blazer and blue shirt. The Gossip Girl star's new movie Twelve is coming out later this year, but this week it's been announced he'll no longer be starring in a remake of Footloose. Still, he's been keeping busy as Grazia's guest editor while he's been in London, and is still lighting up our screens in Gossip Girl. Are you sad that you won't get to see him dance on screen? 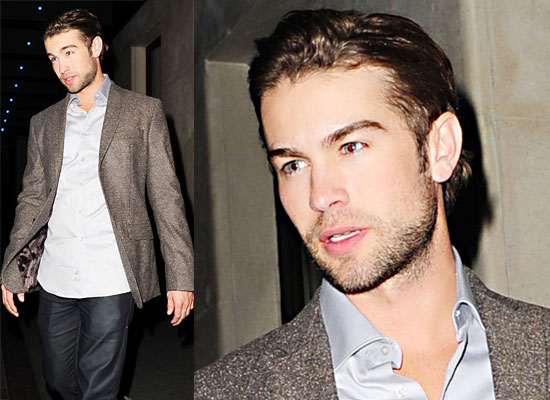