London night spot Embassy celebrated its seventh birthday yesterday with a whole host of reality TV stars. Big Brother's Chanelle Hayes, who was celebrating her 21st birthday, went for a white concoction while GMTV presenter and one-time Strictly Come Dancing contestant Kate Garraway grabbed all the attention of the tabloids in her lacy black number. BB lovebirds Rex Newmark and Nicole Cammack proved they're still going strong, while their housemate Dale Howard left with Shipwrecked's Naomi Millbank-Smith: is this a new reality TV relationship I see before me? 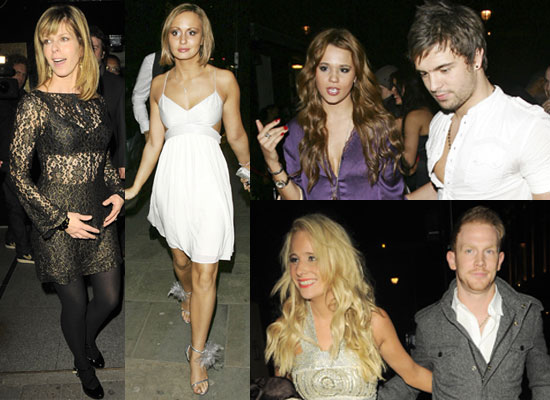 To see the other partygoers, including Will Mellor, BB's Nikki Grahame and Brian Belo, and Strictly's Karen Hardy, Kristina Rihanoff and Brian Fortuna, just read more.