Charlize Theron was in North London last night for a press screening of Burning Plain, along with director Guillermo Arriaga. In the film Charlize plays Kim Basinger's daughter as they try to bond following the former's difficult childhood. The film is out in the UK on March 13, and the star looked glam in gold at the premiere in Paris earlier this week, and striking as usual as she promoted the movie in her all black outfit. But just as she can glam it up, when she's back home she still has chores to do, like picking up after her beloved dog! 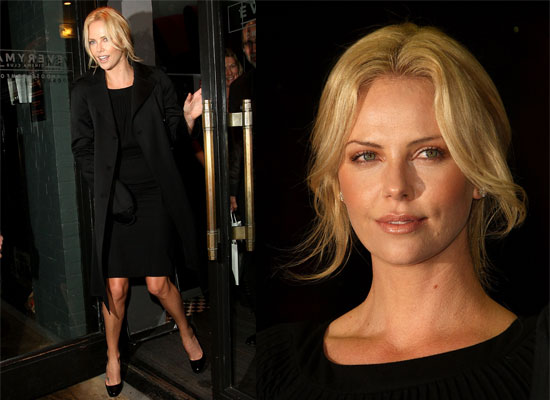