A less tangerine Chelsy Davy continued to get over her split from Prince Harry by partying with friends at Boujis over the weekend. While Chelsy was reportedly telling pals how homesick she feels, those close to her have suggested that the split might not be for good, as Harry and Chelsy have stayed in contact and have admitted they're still in love. Other reports suggest that Chelsy isn't the only ex Harry's been in contact with, however: he's apparently been chatting with his ex Natalie Pinkham. Chelsy can take some solace from the report that they're just friends, though, and at least she doesn't have to worry about Paris Hilton, as the socialite has said she would never date Harry out of respect for Chelsy. It's great to see some female solidarity. 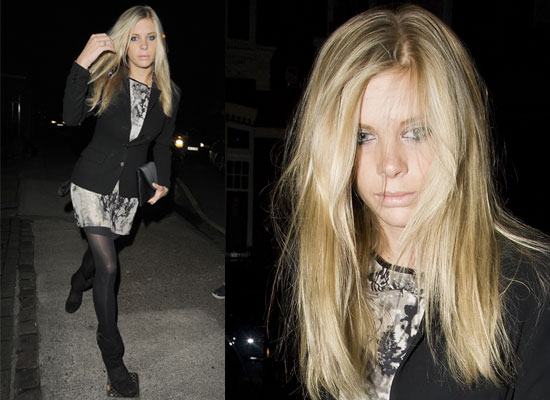