Cheryl Cole wore shades at Heathrow Airport yesterday, and then slipped on a black jacket as she arrived in Denmark that evening. She's set to appear on the Danish version of The X Factor tonight, which will be her first official public appearance since she announced her separation from Ashley Cole. Her professional career is going from strength to strength with her headline slot at V Festival announced this week, but the strain of her personal life is clear to see. Although Cheryl has told family it's definitely over, she has reportedly agreed to attend counselling with Ashley, so perhaps there is still a chance of reconciliation. 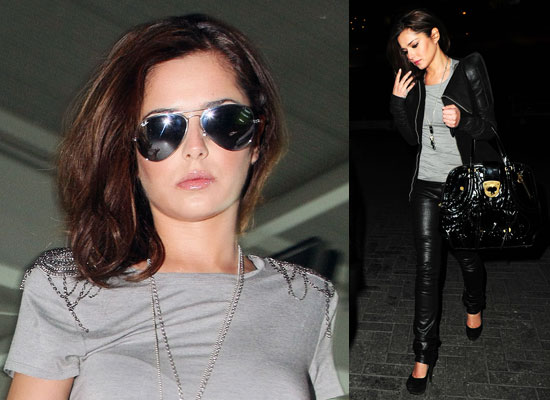