Cheryl Cole celebrated her 26th birthday with hubby Ashley and a whole host of famous friends at Vanilla Club in London last night. The X Factor was well represented, with judges Simon Cowell, Dannii Minogue and Louis Walsh in attendance, as well as presenter Holly Willoughby. Last year's winner Alexandra Burke and also-ran Diana Vickers were also there, as was judge's assistant Emma Bunton. Cheryl's Girls Aloud band mates Kimberley Walsh and Nicola Roberts joined in with the party spirit. Having worked on her actual birthday, Cheryl made the most of her night, showing off her unique style in a daring dress. My girl FabUK wants to know whether you love or hate Cheryl's sheer dress. There'll be a few sore heads today! 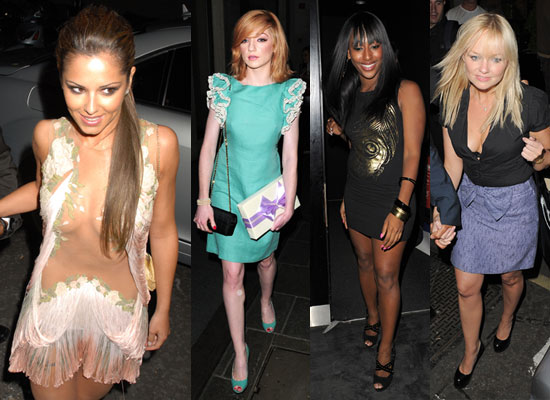