Cheryl Cole looked unhappy as she collected Ashley from St John and Elizabeth Hospital in London late on Friday. Ashley's ankle operation means a worrying period for the footballer on the professional front as he anxiously waits for the healing process, and his personal life is not much better. Following revelations that naked pictures of Ashley were sent to a glamour model, a second woman has come forward with explicit photos and texts on her phone allegedy sent by Ashley. An angry Cheryl reportedly spent Valentine's Day working rather than being with her husband, and also banned him from the Brits tomorrow. Cheryl is apparently living in a hotel and her Girls Aloud band mates are reportedly urging her to split from Ashley. Cheryl, however, has told Hello! that she's sticking by her man. Here are the highlights: 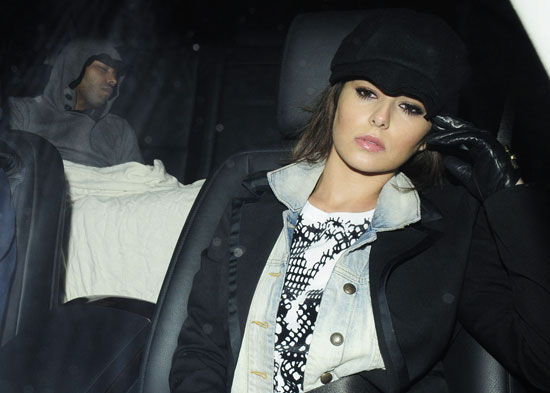 To see more pictures and find out what Cheryl said about how her life inspires her songs, the importance of romance, and having children with Ashley, just read more.

Read the full interview in Hello!, out now.