Following her arrival in Los Angeles on Thursday, Cheryl Cole's been busy in a recording studio in Santa Monica over the weekend. It's not all been work though, as Cheryl has been spending time with her "Parachute" video costar Derek Hough, having lunch with him at Houston's in Century City on Saturday. Like many celebs, Cheryl has communicated through her clothing, wearing a t-shirt with "I Left My Heart in Beverly Hills" for a night out. With new revelations coming out about Ashley's infidelities, taking the total to five women, Cheryl's finding it hard to stick to her plan and work through their problems. She reportedly sent Ashley a text telling him to move out, and a statement about their divorce has apparently already been drawn up. 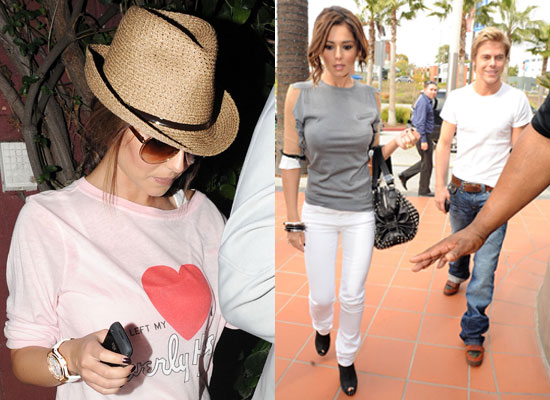