Cheryl Cole arrived at Heathrow Airport yesterday after her performance in Munich on Monday. When she took off to Germany at the beginning of the week she was sporting plumper looking lips, and majority of you think she had them enhanced, although Cheryl allegedly denied the reports as she arrived home last night. She's returned to bad news, as hubby Ashley Cole has just this morning been banned from driving for four months and fined £1,000 after he was caught driving at 104mph in a 50mph zone in Kingston, Surrey. Cheryl will be off on the road in May as she supports the Black Eyed Peas on their upcoming tour, and she's reportedly planning a raunchy wardrobe including whips, handcuffs and PVC. Sounds racy. 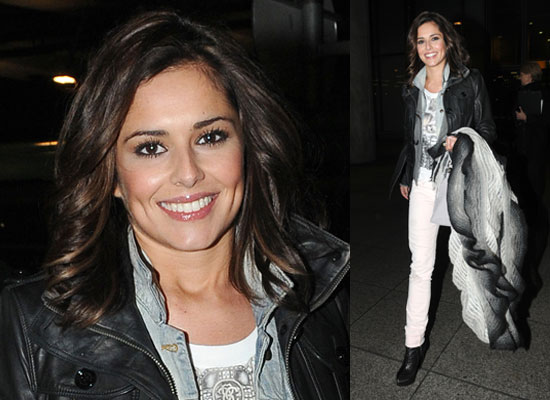