Cheryl Cole was full of smiles leaving a studio in Los Angeles yesterday, as it was announced she is to release a photo based book of her life. My World will be the first official book about Cheryl and the singer herself is choosing the "intimate" pictures, saying: "I think looking at pictures is a bit like listening to music — it reminds you of what was happening and how you were feeling at certain times in your life... That's really why I wanted to do this book, so I could choose pictures that mean something to me and tell the stories that go with them". When asked whether pictures of Ashley Cole will be included, a spokeswoman for publishers Transworld said it will feature ''all aspects'' of her life. It's due out on 30 September and I'd love to know what you think, so vote below to let me know: are you interested in Cheryl's book? 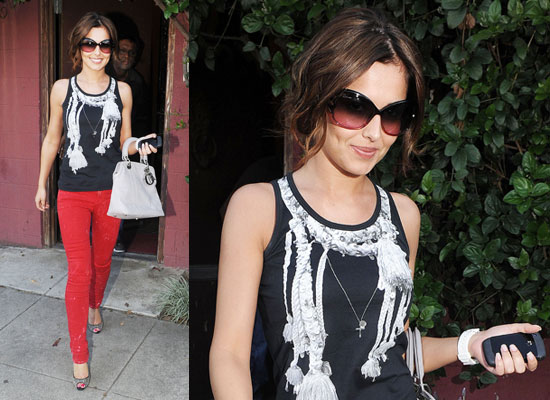