Cheryl Cole was wearing a cute a black dress but no wedding ring in Paris yesterday, as she went to do a TV interview for Canal+ before heading for food at Le Costes Hotel Restaurant. This morning Cheryl was still full of smiles in her green jeans as she left her hotel. The singer was also without her wedding ring when she performed on Radio One's Live Lounge earlier this week, where she talked about her excitement at touring with the Black Eyed Peas. She will be taking to the stage with the group at the World Cup's opening concert in Johannesburg on 10 June, which could make for a strained meeting with Ashley if he's fit to play for England. Cheryl's personal life has become the subject of Liv's new show Francine Lewis's Impersonations: check out the "Cheryl Moves On" sketches after the jump. 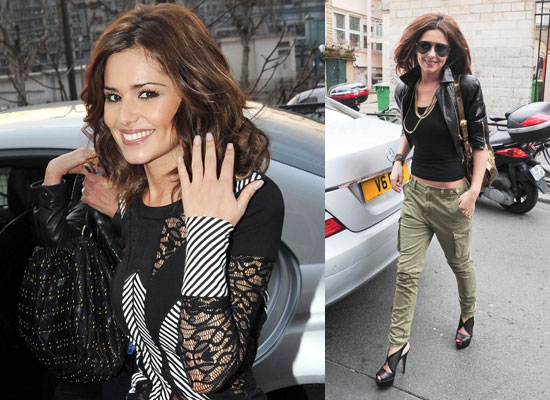