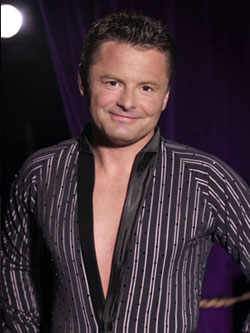 Chris Hollins has been crowned winner of Strictly Come Dancing series seven! He beat all the other contestants to make it to the final, competed against Ricky Whittle this evening, and received the most public votes meaning him and his professional partner Ola Jordan raised the glitter ball trophy with pride. You guys were fairly evenly split on who you thought would win: what do you think of the result?

It's been another great series, with star performances and even a romance between a celebrity and her pro dancer! This season has also had its share of controversies and scandals, and Alesha Dixon joining the judging panel as a replacement for Arlene Phillips really shook things up.

To celebrate the end of this season, play my faceoff game which pits 50 previous contestants against each other and asks you to decide who's the better dancer!

Photos courtesy and copyright of BBC