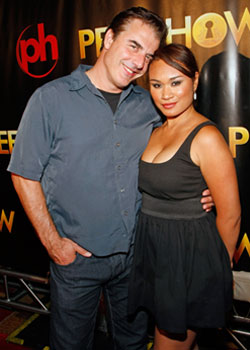 According to Entertainment Tonight Canada, Sex and the City's Mr Big Chris Noth has revealed he is officially engaged! The news broke on the Canadian show's twitter late on Sunday:

The happy news follows Chris's denial in mid-September that the couple, who have a son Orion, were engaged. While Chris's rep has not returned a request seeking comment yet, it's surely only a matter of time until Chris and Tara confirm the happy news. Congratulations!