Clive Owen was out and about in London last night, making his way from the Barbican to The Ivy and looking rather handsome in his black jacket, jeans and scruffy shoes. Despite having some downtime right now, Clive won't have too long a rest as has has the release of The Boys Are Back coming up, and Sin City 2 has just gone into pre production. He may not have made it into my St George's Day list of my favourite 10 English stars, but he's definitely in my top 10 English actors list — does he make it into yours? 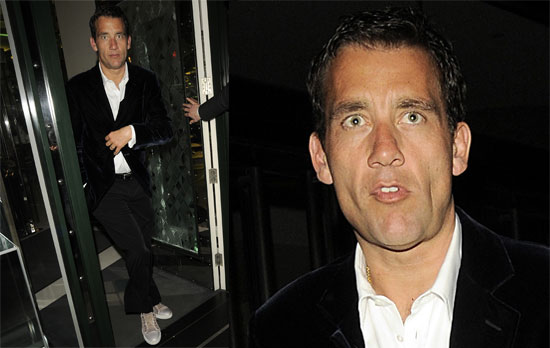