Coleen Rooney kept warm in a leopard print coat for a shopping trip in Liverpool yesterday with baby Kai. Although Wayne didn't join in the spree, Coleen had some male family members to keep her company and help push the buggy, and they took a breather from all that Christmas shopping to eat at the Bar and Grill. Coleen has revealed how she lost two stone just four weeks after giving birth at the beginning of November, and she's managed to combine being a proud parent with nights out. Several British stars became first time mums this year: vote for your favourite in my poll before I announce the winner later on this week! 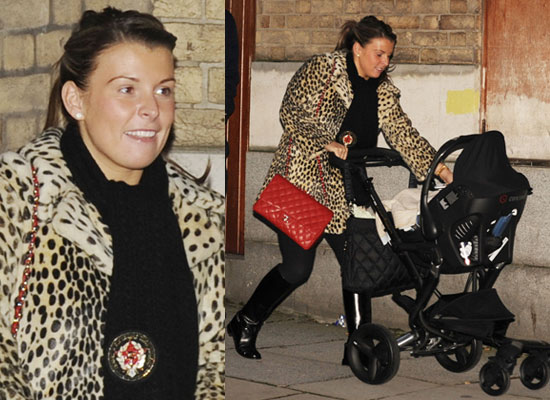