Coleen Rooney left Wayne behind as she escaped the British winter to enjoy some Caribbean sun. We've spotted several stars on holiday since the festive season, and Coleen joined the likes of water sports fan Simon Cowell by jumping on a jet ski. After all that exertion, she splashed about in the sea with pals and chilled out on a lilo. Coleen could do with a relaxing break, what with the police holding her brother last week in connection with the Steven Gerrard bar brawl. If you're lucky enough to have a winter sun holiday planned, visit ShopStyleUK for all your bikini needs. 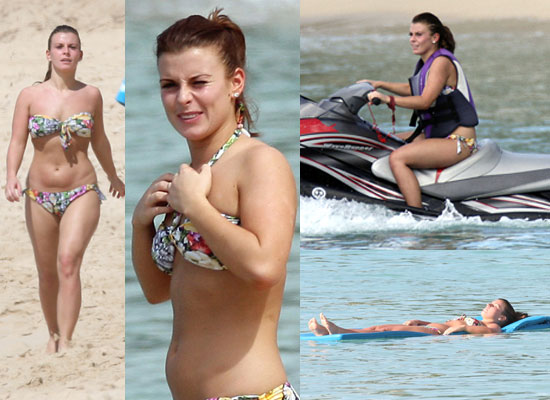 To see more pictures of Coleen on her hols, just read more.