Coleen Rooney showed off her fab post-baby figure in a gorgeous Matthew Williamson LBD and Louboutin heels at Ladies' Day at Aintree in Liverpool yesterday. The big grin on her face showed her excitement, as she said: "I'm wearing this lovely little black dress and looking forward to a fantastic day of racing. Look at the sky? It is such a beautiful day". It was strictly a girls' day out for Coleen and her pals, with no sign of Wayne or baby Kai, who holidayed with a bikini-clad Coleen in Barbados a month ago. She is due to present a car to the winner of the Style 10 Matalan fashion show today before watching the Grand National: sounds like fun! Earlier this week she opened up to Hello about family and fashion. Here are the highlights: 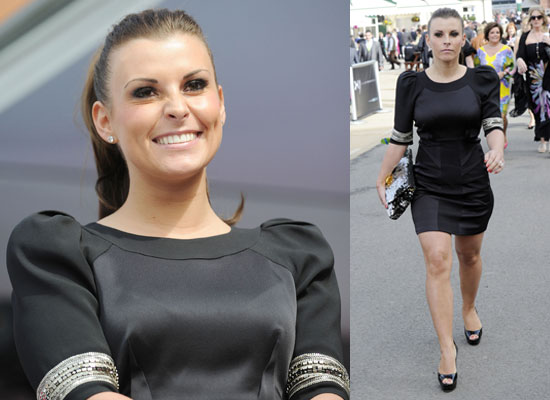 To find out Coleen said about Wayne's tears and Cheryl Cole, read more.