Coleen and Wayne Rooney were joined by Kelly Jones from Stereophonics at the Ivy on Saturday night. Kelly was in a celebratory mood, as he's finished writing Stereophonics' next album. Wayne's a big fan of the band, with his Just Enough Education to Perform tattoo, and the boys looked thrilled to be hanging out together, while Coleen looked gorgeous with her hair in a plait. The Rooneys were in London for the weekend to watch the FA Cup final, and they're certainly making the most of nights out before their first child arrives. 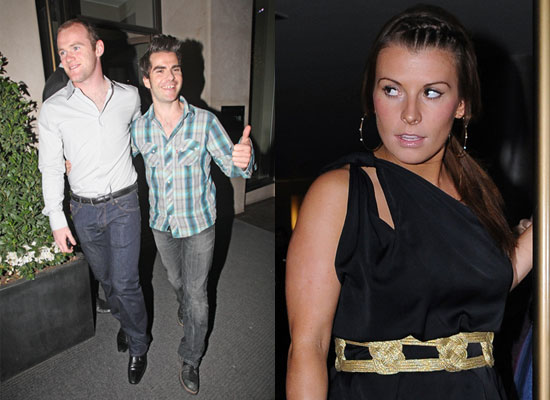 To see more pictures of the Rooneys' night out with Kelly, just read more.