Lots of gorgeous men from our side of the pond travelled across the Atlantic to make an appearance at the Toronto Film Festival this weekend, following Dominic Cooper and Paul Bettany's lead from last week. Ewan McGregor and George Clooney continued their bromance promoting The Men Who Stare at Goats, and travelled from Venice Film Festival to Canada, as did Matt Damon and his wife Luciana. Cillian Murphy was joined Brendan Gleeson for the premiere of Perrier's Bounty, while Colin Farrell was on the promotional trail for Triage. Ben Whishaw was at the Festival for Bright Star, and Ben Barnes premiered Dorian Gray. 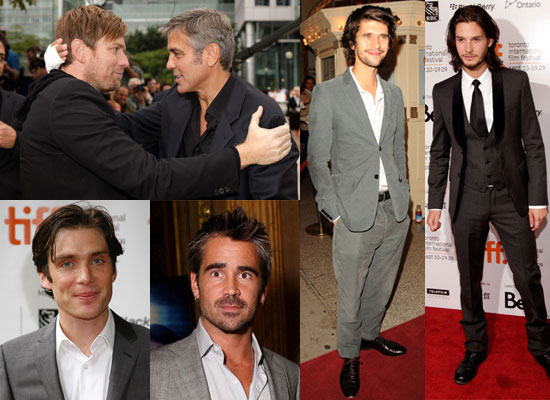 Cardi B
Cardi B Re-Creates Her "Wild Side" Video, and It May Just Be Even Sexier Than the Original
by Monica Sisavat 5 days ago