Colin Farrell was spotted enjoying a cigarette break on the set of his new movie London Boulevard today, in which he stars alongside Keira Knightley, Anna Friel and David Thewlis. The movie's about an ex-convict who gets involved with a reclusive actress, and it's filming in London at the moment! The gorgeous Irishman also has some exciting things going on in his personal life too as he's set to be best man at his brother Eamon's wedding. Eamon will be marrying his partner Steven Mannion in Europe this summer, and I can only imagine the kinds of entertaining things that Colin will say in his speech! 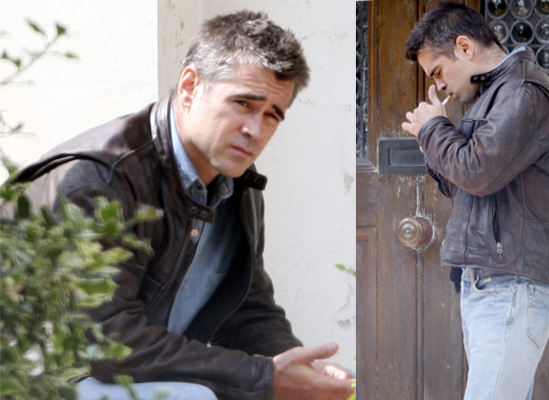