With the end of Lost in Austen last week, I've been in a Pride and Prejudice mood and have been thinking back to the 1995 TV series version and 2005 film version. I like all three actors in the role of Darcy: Colin Firth in the BBC TV series, Matthew Mcfadyen in the film version with Keira Knightley, and Elliot Cowan in ITV's recent spin on the story. I want to know your preferences, so tell me: who is your favourite Darcy? 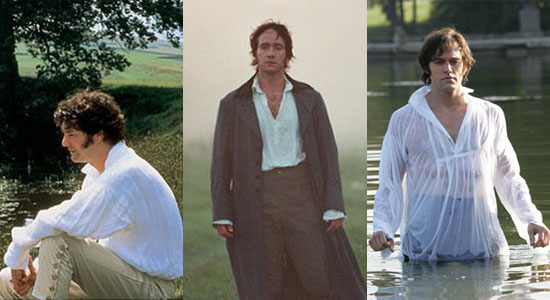