Amanda Seyfried spent the day with her man Dominic Cooper in New York City yesterday, where the pair were spotted walking in SoHo hand in hand. The actress was included in People magazine's most beautiful people list for 2010, which was revealed yesterday and also includes Robert Pattinson, Katy Perry, and Julia Roberts at the top spot! Dominic attempted to go incognito in by putting a mustard coloured beanie hat while the couple were out, but didn't seem to unhappy to be spotted with his girlfriend as he laughed and pointed photographers out. What an adorable couple! 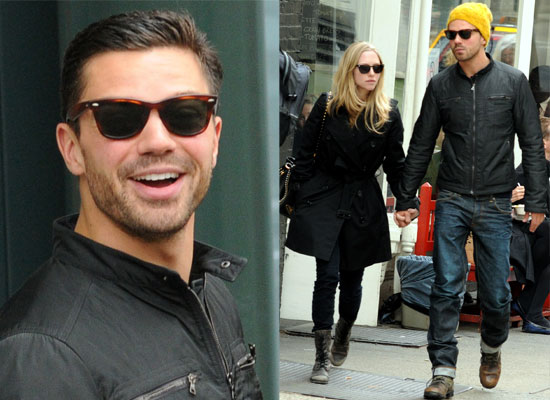