Damon Albarn was spotted out and about on his bike in London yesterday, cycling up on the pavement, with a rather girly looking bag slung over a shoulder. Damon played DJ on Radio One earlier this month, taking over for Zane Lowe while he's on holiday, and took the opportunity to play three new Gorillaz songs — "Electric Shock", "Broken" and "Binge". He also played a ten minute extract of Blur's John Peel's Peel Acres session from 1997, and talked about the upcoming Blur reunion he said, "I'm going to have to work hard to get back to that standard." I'm so excited about it! 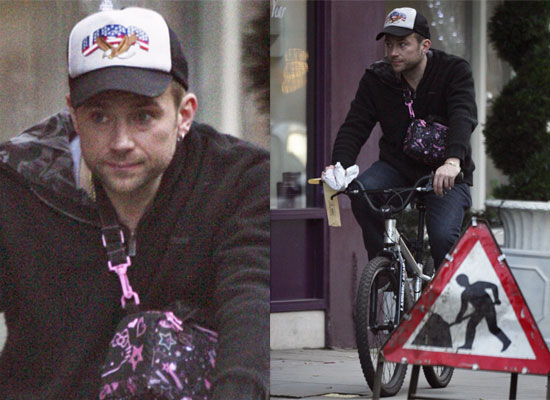