Daniel Craig and Hugh Jackman were joined by their partners Satsuki Mitchell and Deborra-Lee Furness for the opening night of their well-received and record-breaking Broadway play A Steady Rain at the Schoenfeld Theatre last night. They were full of smiles as they posed at the press conference, took their curtain call bow, and signed autographs for fans outside, but their preview performances didn't go entirely smoothly as an audience member's mobile phone rang — check out Hugh's response to the interruption after the jump! 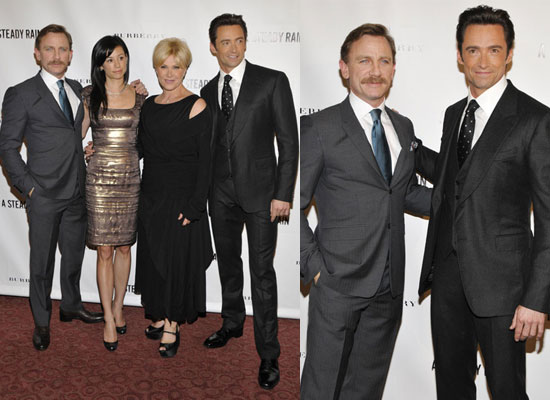