Princes William and Harry joined a whole host of stars on the red carpet in London's Leicester Square last night for the Royal World Premiere of Quantum of Solace at the London Film Festival. Daniel Craig looked suitably suave alongside his partner, Satsuki Mitchell, and the famous females in attendance ignored the freezing weather and pulled out all the stops with their slinky outfits. Costars Gemma Arterton and Olga Kurylenko went for bright jewel tones, with Judi Dench wearing the most striking accessory of the night on her back. Elle Macpherson shimmered in metallic pink and Grace Jones wore a typically crazy dress, while Lily Allen kept it simple in her LBD. 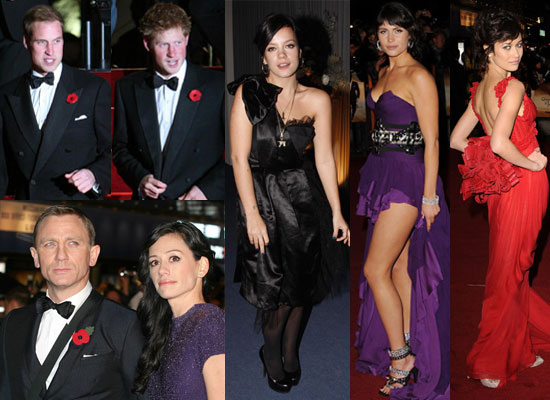 by Monica Sisavat 11 minutes ago