Our friends at Cosmopolitan UK held their Ultimate Women Of The Year Awards at London's Banqueting House last night. Winners included TV Personality of the Year Dannii Minogue and TV Presenter of the Year Holly Willoughby. Kimberley Walsh broke up all the black dresses in her white number and won the Woman's Woman award, while Lacey Turner picked up the TV Actress gong and Pixie Lott was named Newcomer of the Year. Brooke Kinsella was honoured as the Ultimate Celeb Who Made Us Care, the Funny Woman Award went to Ruth Jones and Freddie Filntoff was named Man of the Year. 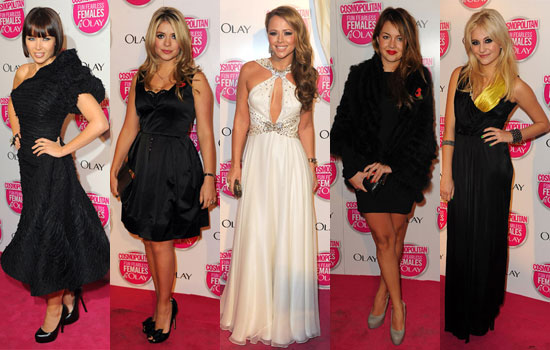 Denise Van Outen was glowing on the red carpet following her pregnancy announcement. Alesha Dixon was one of the presenters at the ceremony, which was hosted by Fearne Cotton, and both women looked gorgeous in their LBDs. Louise Redknapp was daring in her gold dress while Sarah Brown dared to bare in her low cut number. 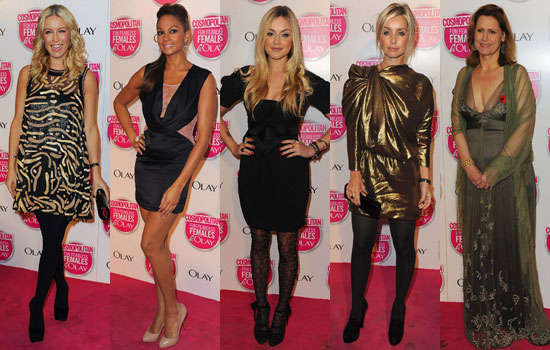