Dannii Minogue was out and about in Melbourne this weekend with her man Kris Smith, soaking up the sunshine in a skimpy white vest and shielding her eyes in her cap and sunnies! Pregnancy rumours began surrounding the couple this weekend after they were spotted leaving a hospital on Friday, but Dannii's spokeswoman Melissa Le Gear has put a stop to them, saying that the reports are "completely inaccurate". Kris has said he can't wait to have kids with Dannii, so perhaps it's something that's on it's way for the happy couple. 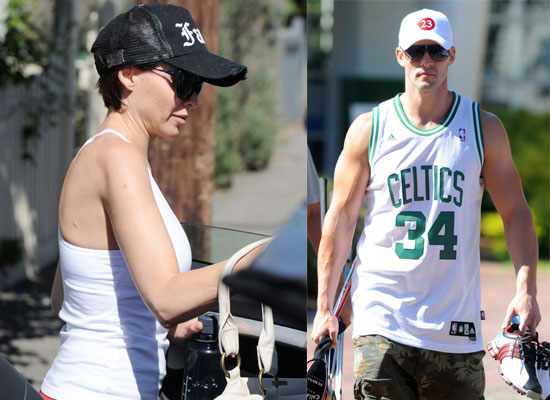