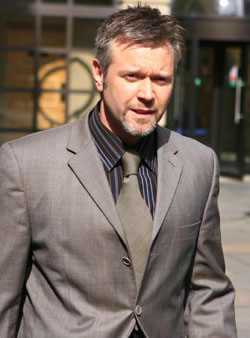 Darren Day has been banned from driving for five years. He admitted a drink-driving charge from 18 December 2009, and was also fined £1,250 by Edinburgh Sheriff Court. He was also found guilty of possessing an offensive weapon, in the shape of his kubotan keyring, a metal stick which Darren said he'd never considered a weapon. Following the two-day trial, Darren said:

"I'm very relieved it's over. I am deeply sorry and ashamed of what's happened, especially for my family. I'm just very keen to move on now with my career and my life and leave it behind me."