David Beckham was heartbroken yesterday when he suffered an Achilles injury which means he's out of the World Cup. Becks snapped the tendon during AC Milan's match against AC Chievo at the San Siro Stadium, and had to leave the stadium on crutches. He is due to fly to Finland today for an operation, and the surgeon thinks David will be out for four months. With the World Cup starting in June, David's long held dream to be a part of England's teams is over. Before the match, Becks had said he wasn't guaranteed to go to South Africa and he would need to work hard over the next few months to secure his place. It's such a sad end to David's last chance at a World Cup. We wish him a speedy recovery. 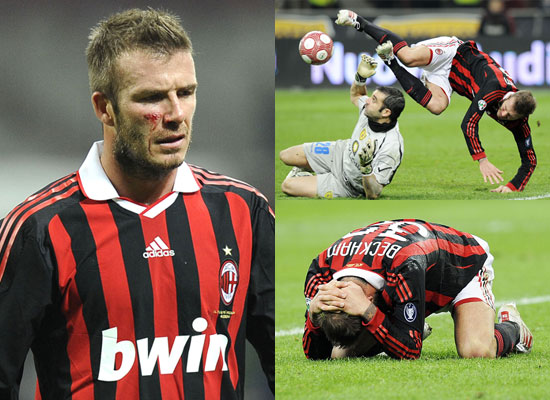