David Beckham took time out from getting shirtless on the pitch to attend the adidas Originals by Originals David Beckham presentation at Milan Menswear Fashion Week yesterday, while Victoria hid behind shades as she left her hotel for a business meeting in London this morning. One project Victoria won't be discussing is judging the US X Factor, as Simon Cowell has categorically denied the rumours. Becks has been rubbing shoulders with designers like Roberto Cavalli while the fashion set are in town, and he'll do well to bend their ears for tips if rumours of his own line are to be believed. He's still focused on his football, however, and he's opened up about his feelings for Manchester United. Here are the highlights: 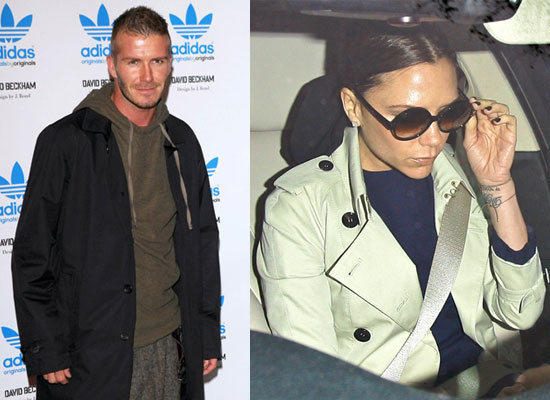 Wouldn't it be great to see David back at Man Utd?