David Beckham was at his old stomping ground Old Trafford with his team AC Milan last night, ahead of tonight's match against Manchester United. It's the first time that he'll play as an opposition player at the ground against his old team and says he feels ready for it now. At a press conference last night, he said: 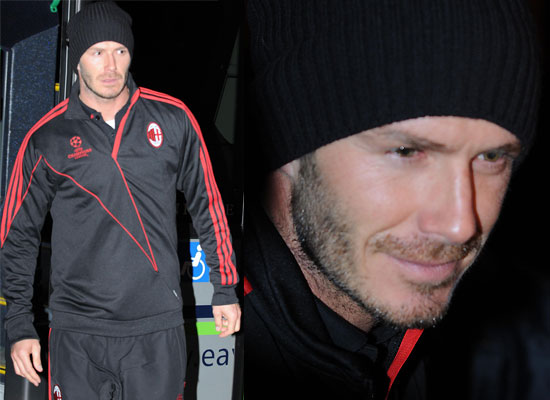 “I’m sure it will feel like coming home. United is where I grew up and it’s the club I’ve always supported and will continue to support. It will be amazing because the relationship I have with the United fans is still important to me. I went through some difficult times [after being sent off against Argentina in the 1998 World Cup], but they never stopped supporting me and I wouldn’t have got through everything without them. To me, they’re the best fans in the world and the support they gave me, week in and week out, was incredible. Nothing will ever better that. Over the years, it hasn’t felt right coming back. There was something about going back to Old Trafford as an opposition player that just didn’t sit well with me. But now, seven years on, it feels right.”