David Beckham was dining out at Cipriani in London last night, back in the UK after his trip to South Africa for the World Cup draw in which the England team were given the opponents USA, Slovenia and Algeria. Sadly, David's maternal grandfather Joe West passed away while he was out in South Africa — he was the man who inspired young David's love for the game and accompanied him to the Palace to receive his OBE back in 2003. Joe died at the end of last week after a long battle with cancer, and after hearing the news David said: 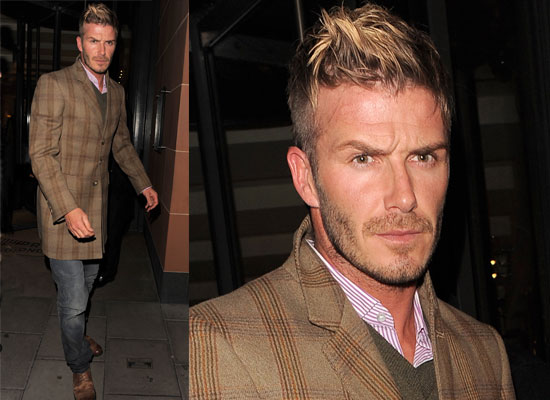 "If I had decided to go back home I know what he would have said to me, which I can't repeat. He was a strong East End person. Grandad would have shouted at me for leaving this because he was passionate about his country. He fought for his country and I know how proud he was of me. He would have wanted me to stay."

There's no doubt his grandad would be very proud of him right now. Don't forget you can still vote for David and Victoria as your favourite Brits abroad in my Best of 2009 poll!