David Beckham signed autographs at Dynamo Stadium in Kazakhstan yesterday ahead of the World Cup qualifier match tomorrow, alongside his England teammates John Terry, Gareth Barry, Wayne Rooney and Frank Lampard. If you want to get David's autograph then hurry down to Selfridges in London, as the first 270 customers to buy three pairs of Armani men's underwear today will get to meet Becks in-store next Thursday! If you can't get to Oxford Street but still want some Beckham in your life then you could buy the new series of children's books which have just been launched by The David Beckham Football Academy. 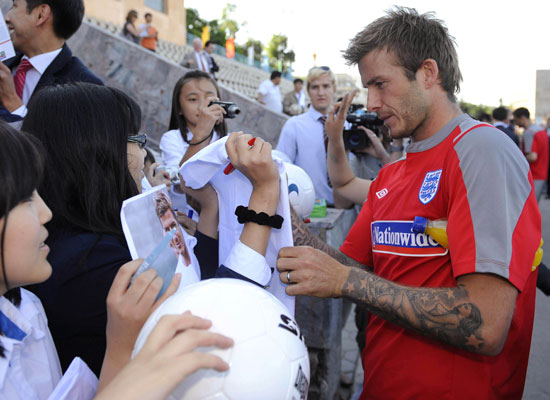