David Beckham displayed a variety of facial expressions while watching the Lakers game in LA yesterday. At one point he popped his hat on and looked a million miles away, perhaps reflecting on all those rumours that have been doing the rounds since he announced his move to AC Milan. While it was originally thought the whole family would move, it's now been announced that Victoria will stay in LA with the kids, and of course rumours have followed suggesting Victoria is concerned about being apart from her husband. Becks has also responded to rumours that his future career lies in acting and Tom Cruise has pushed him into Scientology, denying both in GQ. 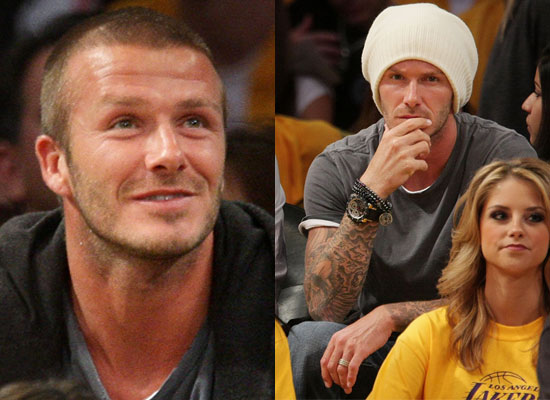 Leonardo DiCaprio and Kevin Connolly plus Pauletta and Denzel Washington were also courtside, so check them out in the gallery below!