David Beckham spent the Easter weekend with his former Real Madrid teammates, watching them play Valladolid and then heading to his favourite restaurant in Madrid, rocking both the smart and the casual looks with style. Having been revealed as the richest footballer by France Football magazine in a recent survey, Becks has now been given the title of world's highest-earning footballer by Forbes magazine. He may have several million pounds to his name, but money can't but Becks everything. Apparently David and Victoria wanted to buy Castle Sforzesco in Milan but the city council have reportedly turned them down. Judging by those smiles, though, it looks like David's happy even without a castle. 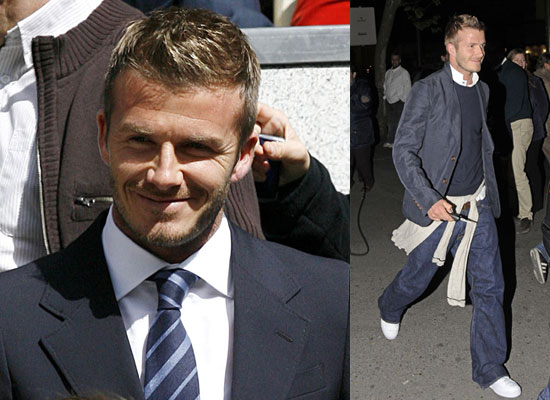