David Beckham wore a serious face as he took his sons out in Milan yesterday. The Beckhams have been enjoying football and family time in Italy since Victoria and the boys arrived at the weekend, but David's had some bad news to deal with. Two of his football academies in the UK and US have closed, and he was dropped by AC Milan for a recent match, casting doubt over his chances of playing against Manchester United at the San Siro on Tuesday. Hopefully Becks will fulfil his dream of playing at Old Trafford in March, and he continues to help make others' dreams come true with his charitable donations. 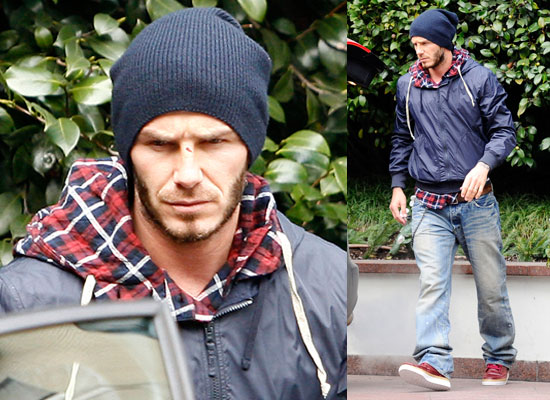