David Beckham was in a celebratory mood on Friday as he helped Los Angeles Galaxy beat Houston Dynamo at home in the MLS Western Conference Championship. He snuggled up with his hair twin Cruz on the pitch afterwards, and Romeo and Brooklyn were also in the stands to watch their dad claim victory. Come Sunday David was riding solo, attending the P.S. Arts Express Yourself event at Santa Monica Airport and then watching the Houston Rockets play the Los Angeles Lakers at Staples Center. Meanwhile, after doing her bit for charity Victoria arrived in London for business meetings, and she'll no doubt have to respond to the latest rumours about signing Blake Lively to model her next collection. 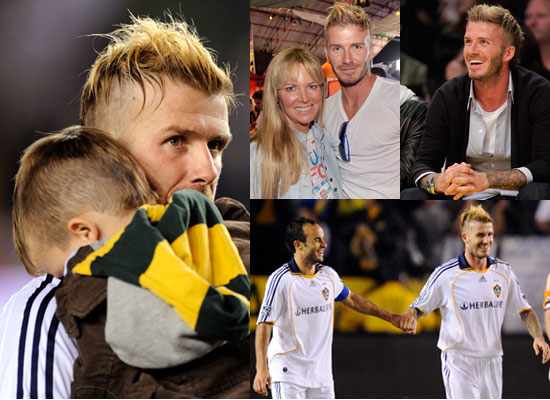